Yet another example of a timeless classic that has stood the test of time. Initially Painted by Fred back in 2006, this job came back to us in 2020 for a facelift/ restoration job. The owner had grown to love the artwork concept of the 'story', that he just has to keep it. This scooter has (apparently) been featured on a TV news article in the North East of England too... so yet another 'as seen on TV' job by Painted by Fred!

The artwork tells the story of the 'nightowl, being picked up  by his scootering mates to be taken to the Wigan Casino, the centre of the Northern Soul dance and music scene. Here, he dances the night away to some classic tunes, before being being dropped off again by his mates. 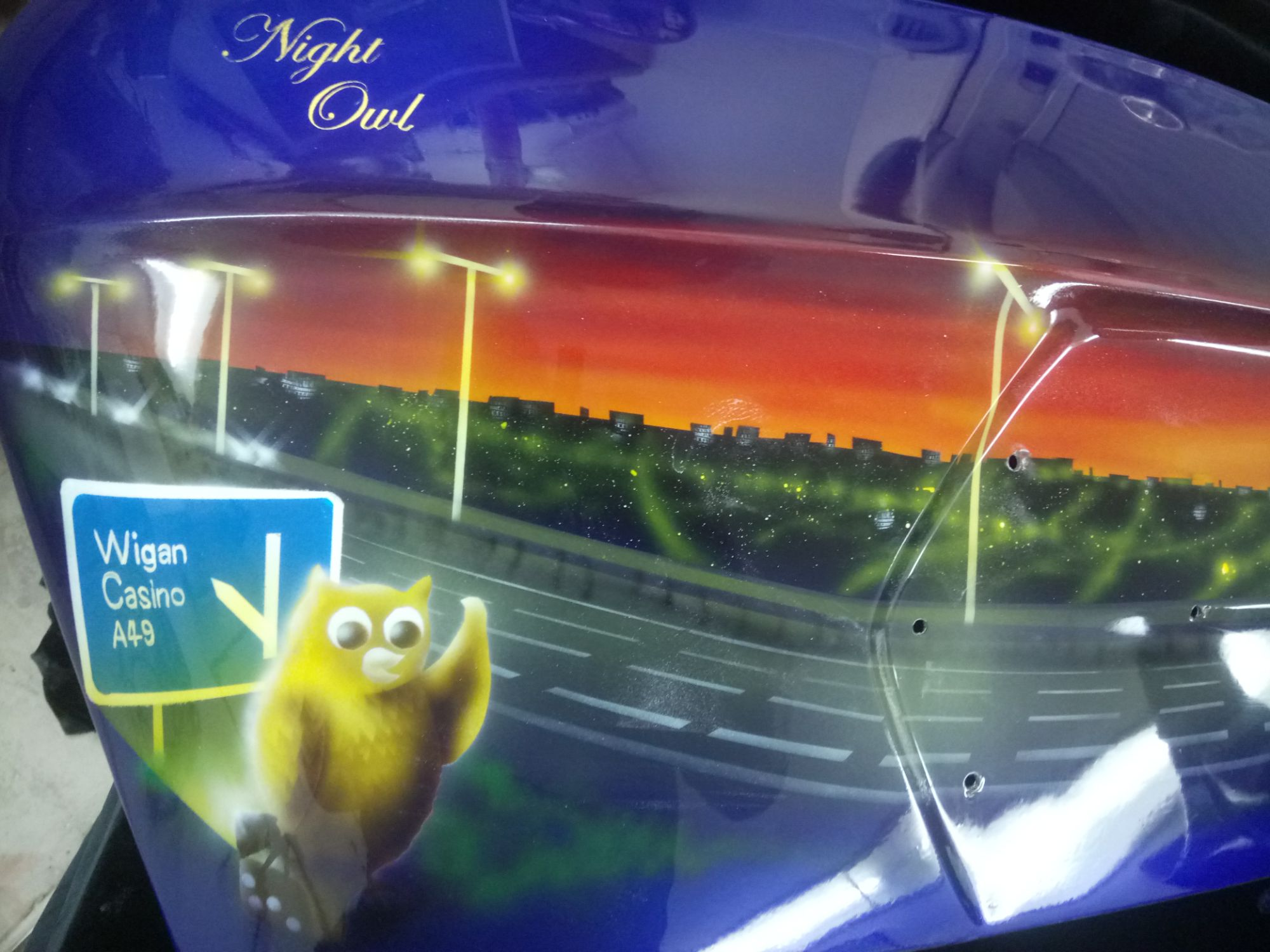 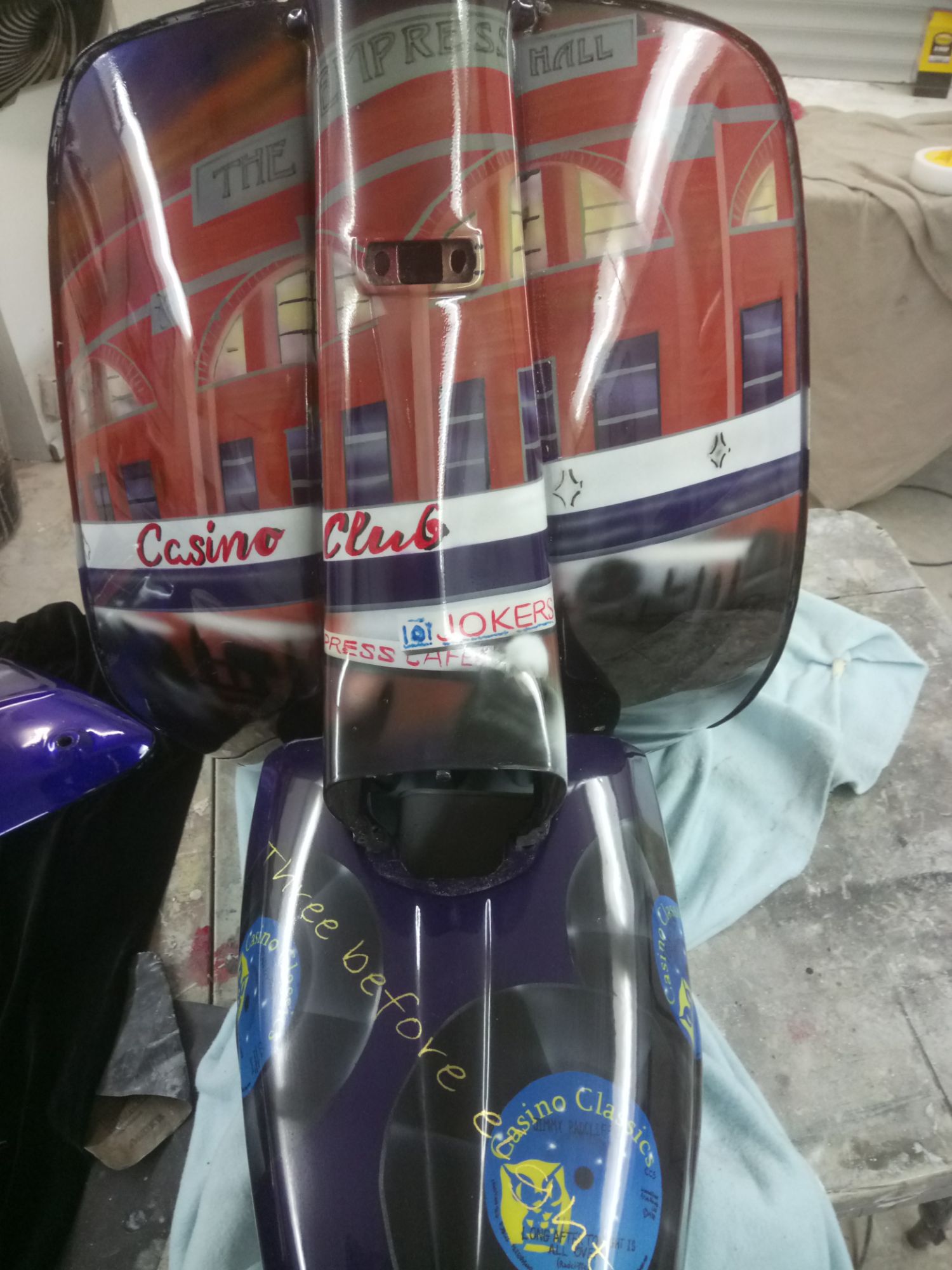 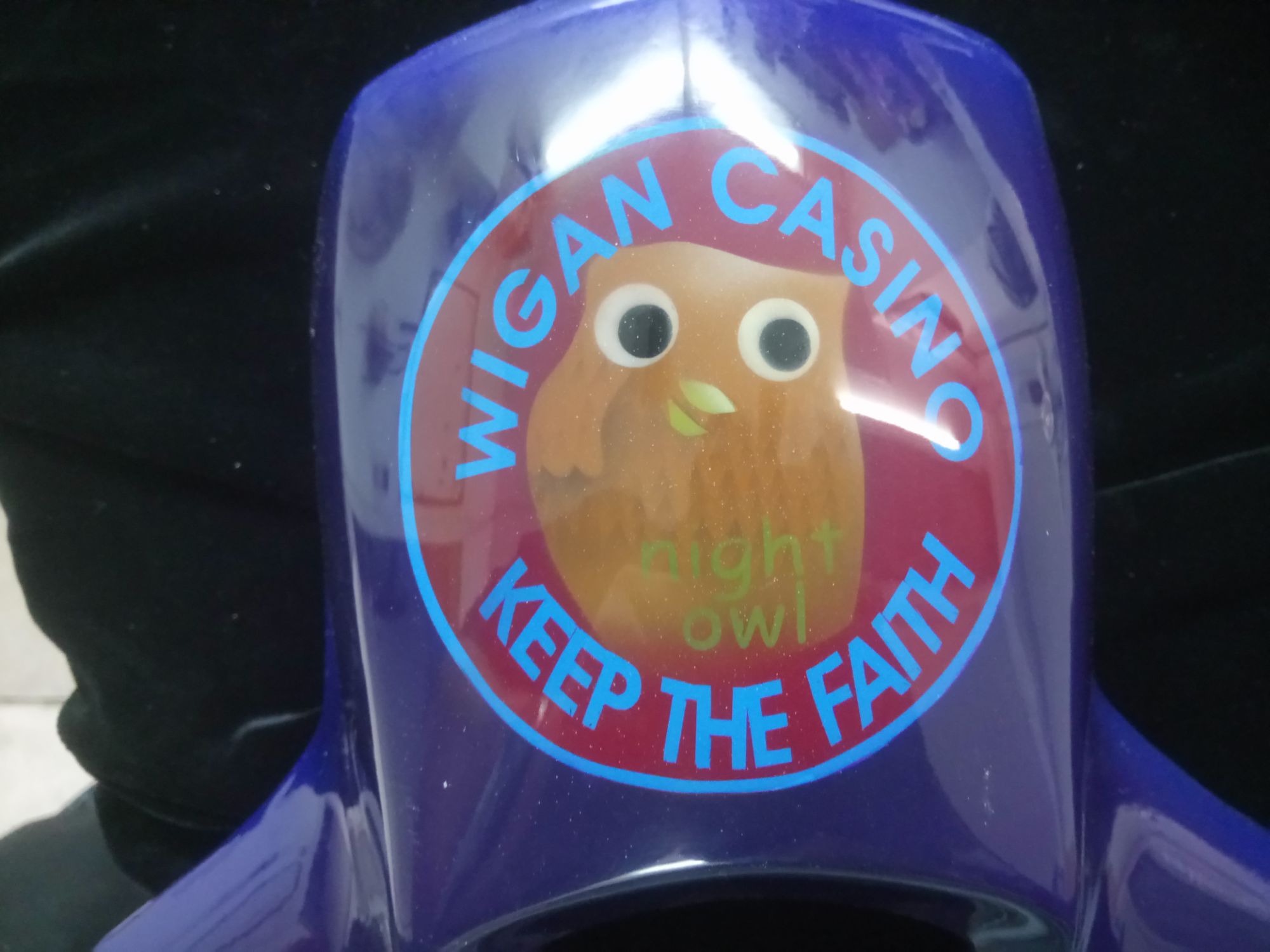 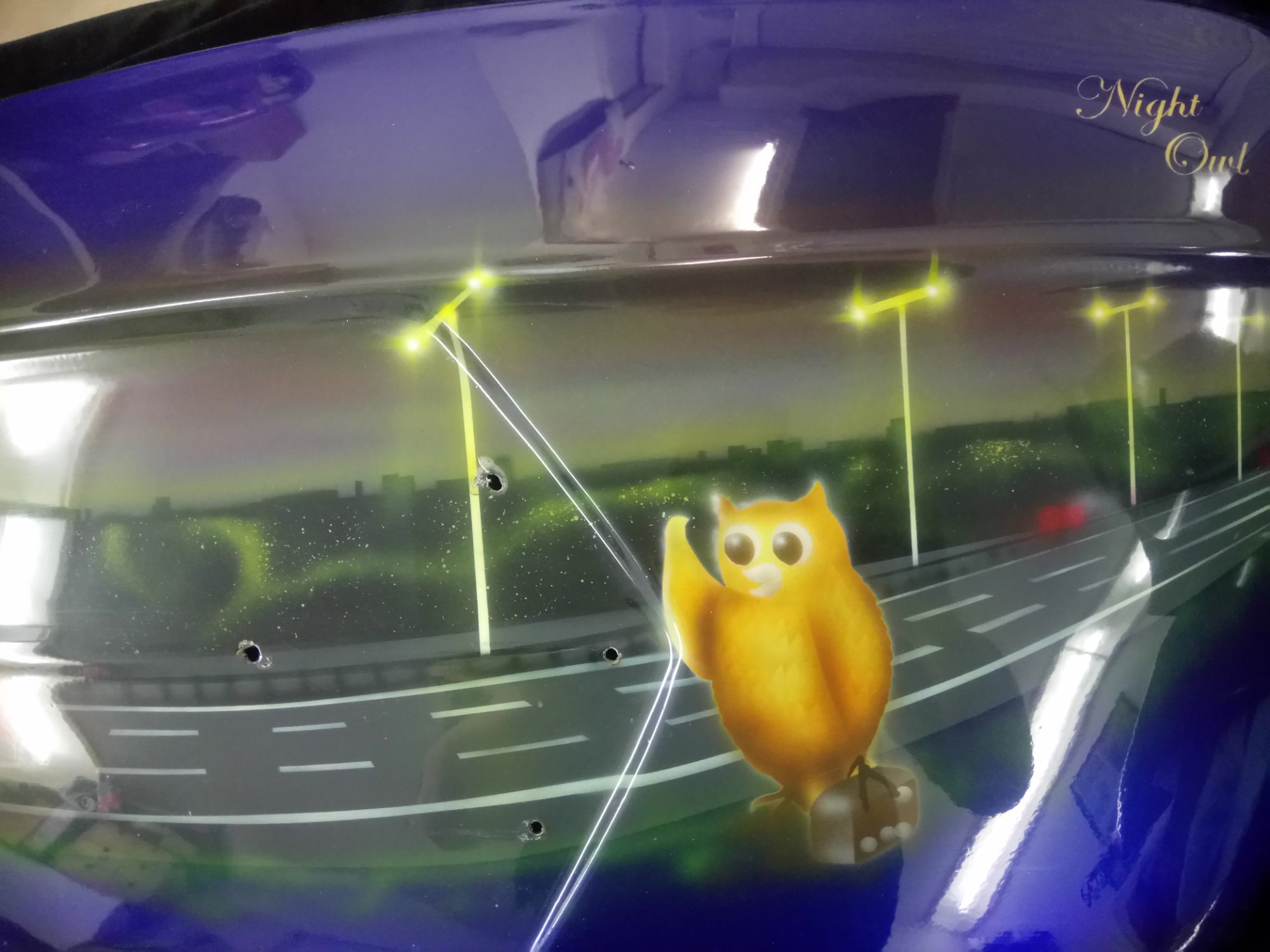 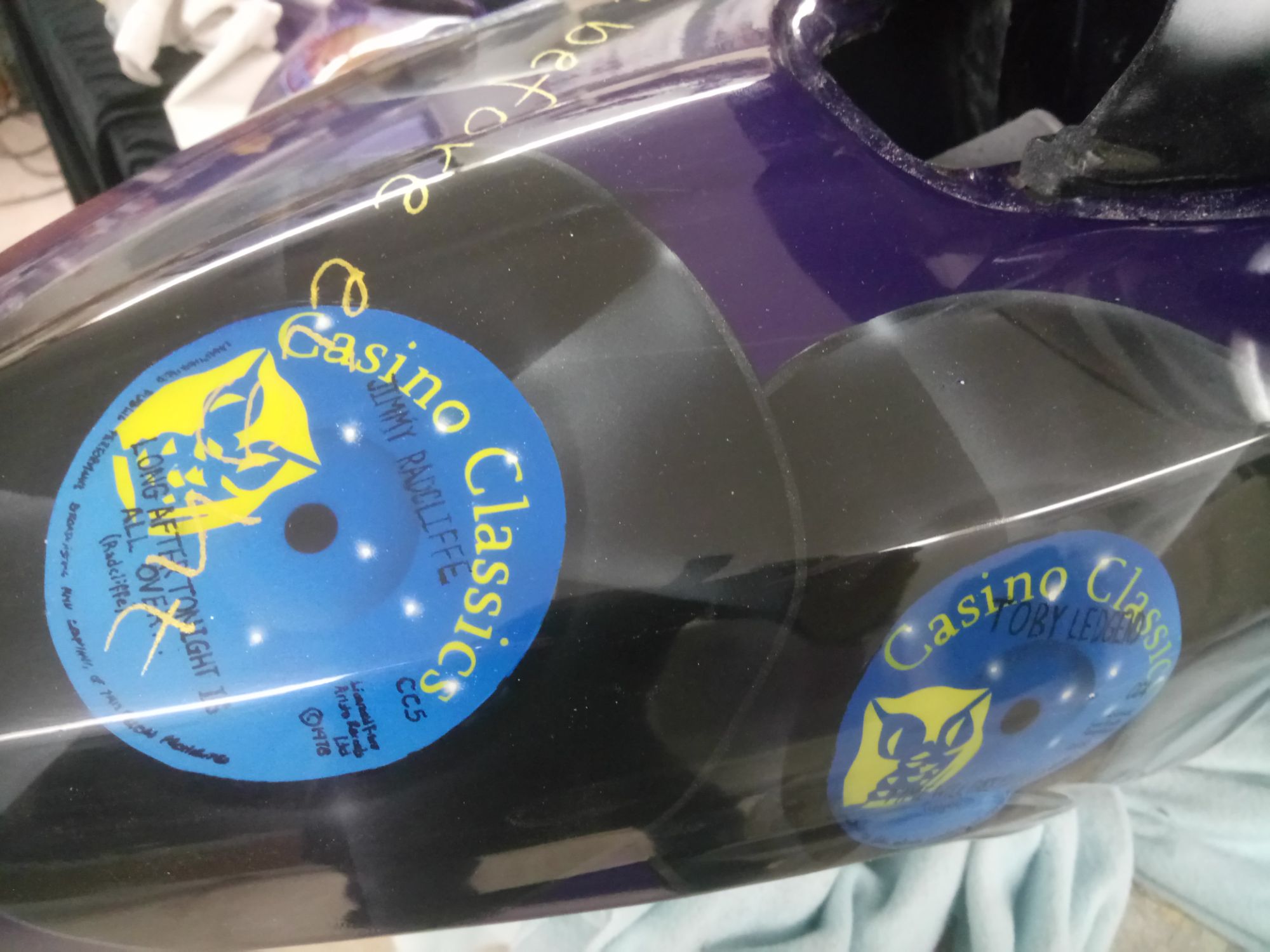