We create beautiful things....  mostly painted, but onto many surfaces. As a result, magazines and newspapers like to fill their pages with what we produce. Here are a few examples ofthe features we have been covered in over the years.....

Covering our repainting of the Paul Weller Album Jaguar Mk11. 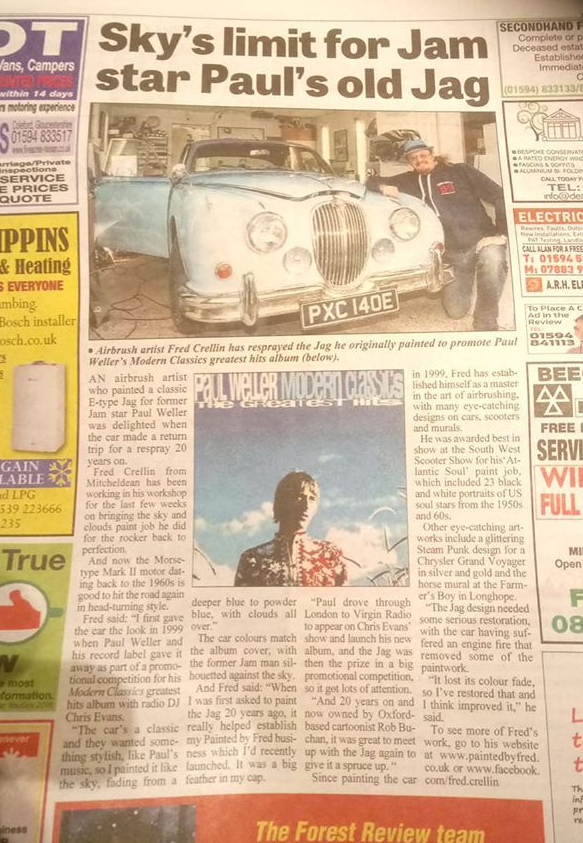 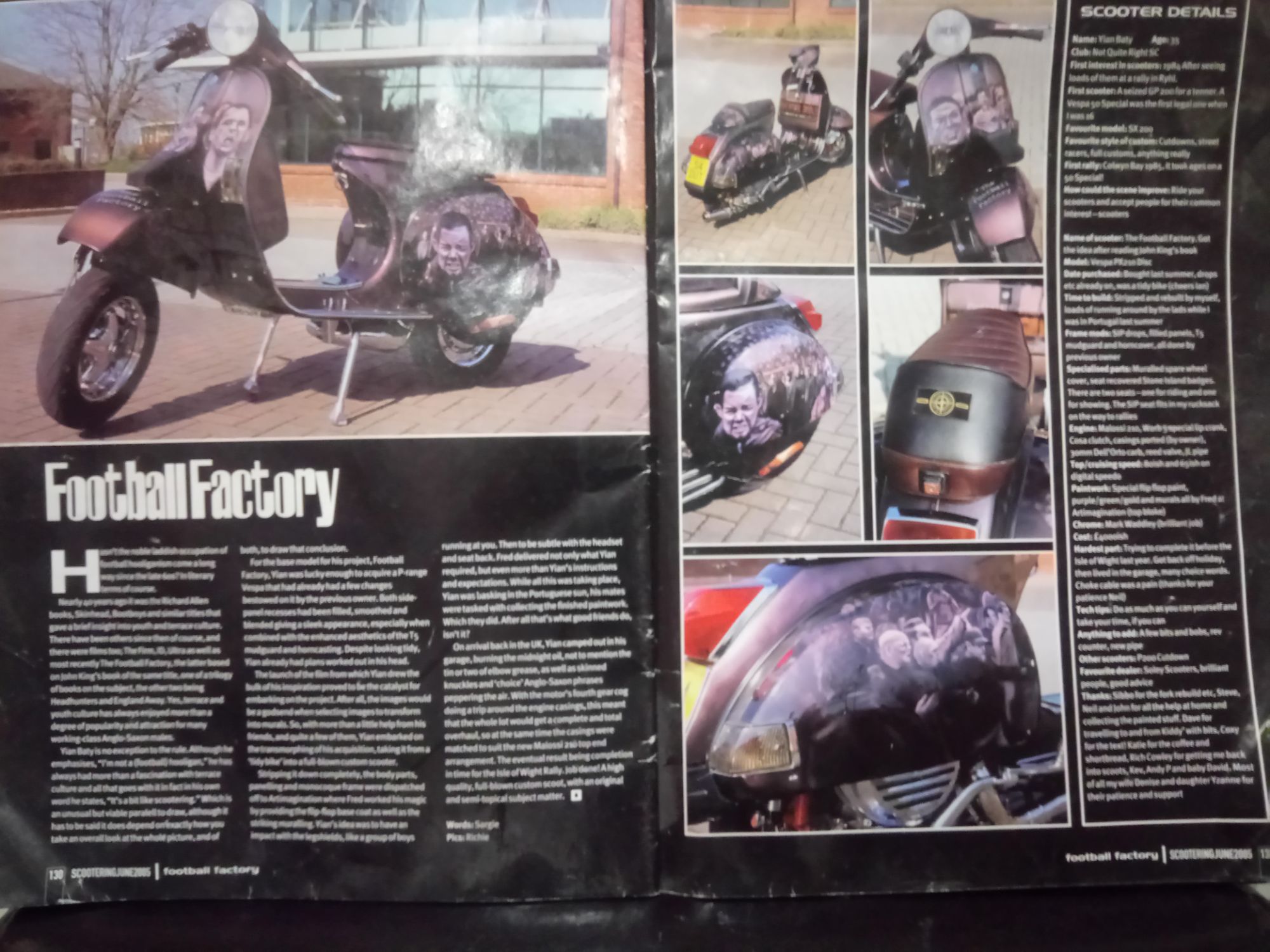 Double Page Feature on the Football Factory Scooter which won Best Vespa at the International Scooter Show in the Isle of Wight later that year.

Probably the best set of photos of th scooter ever taken! 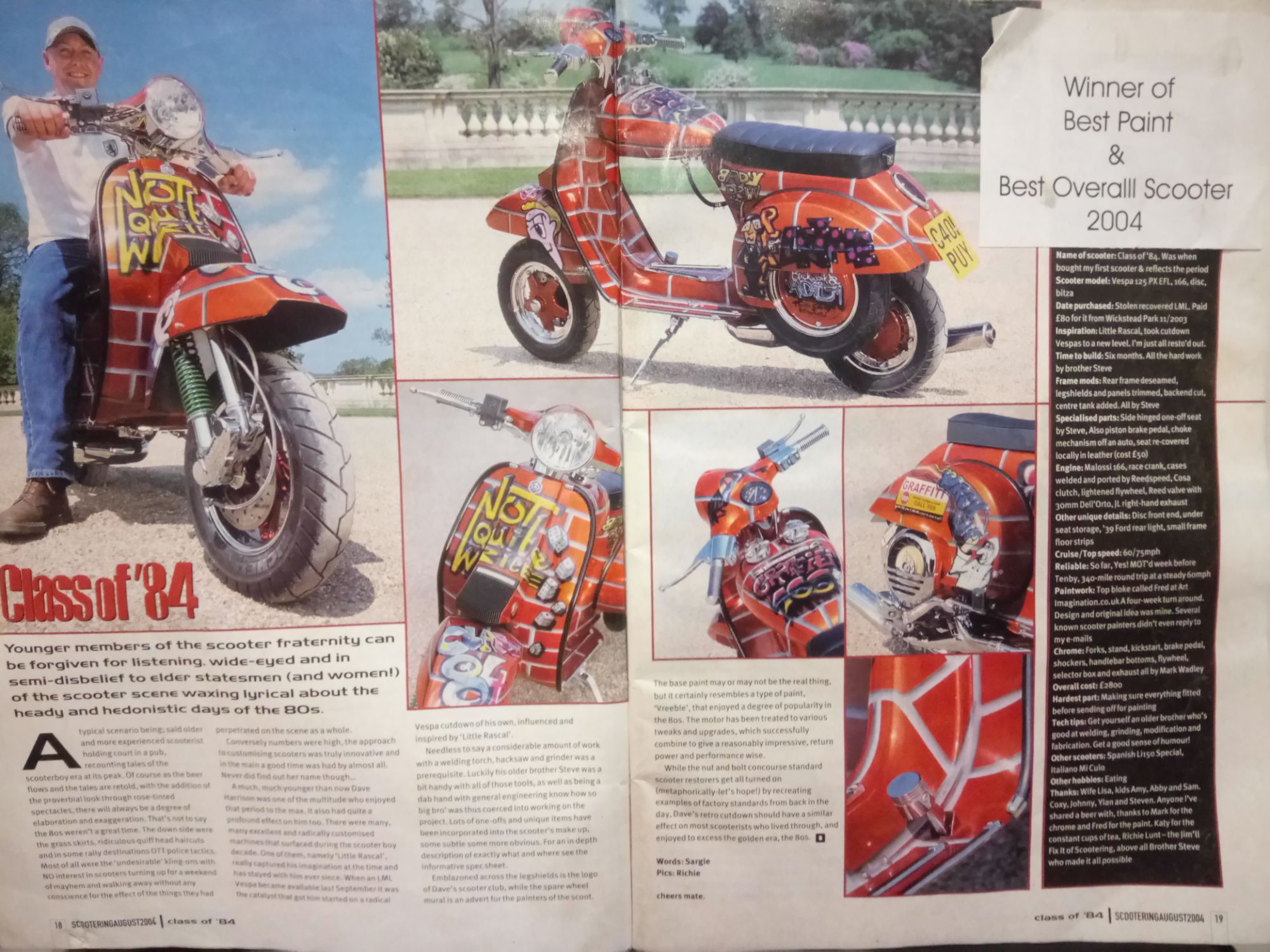 Class of 84 featured in this double page spread.

Scooter went on to win numerous prizes at scooter rallies around the country. Believed to be still on the road and wowing the crowds nearly 20 years later....

Pirates of the Carribean Scooter.

Acclaimed s the first Pirates of the Carribean scooter (or bike!) to be on the road. Still from pre-release footage was used prior to the film hitting the big screen to ensure this was the first, and thus unique scooter, covered here in a double page spread in Scootering  Magazine. 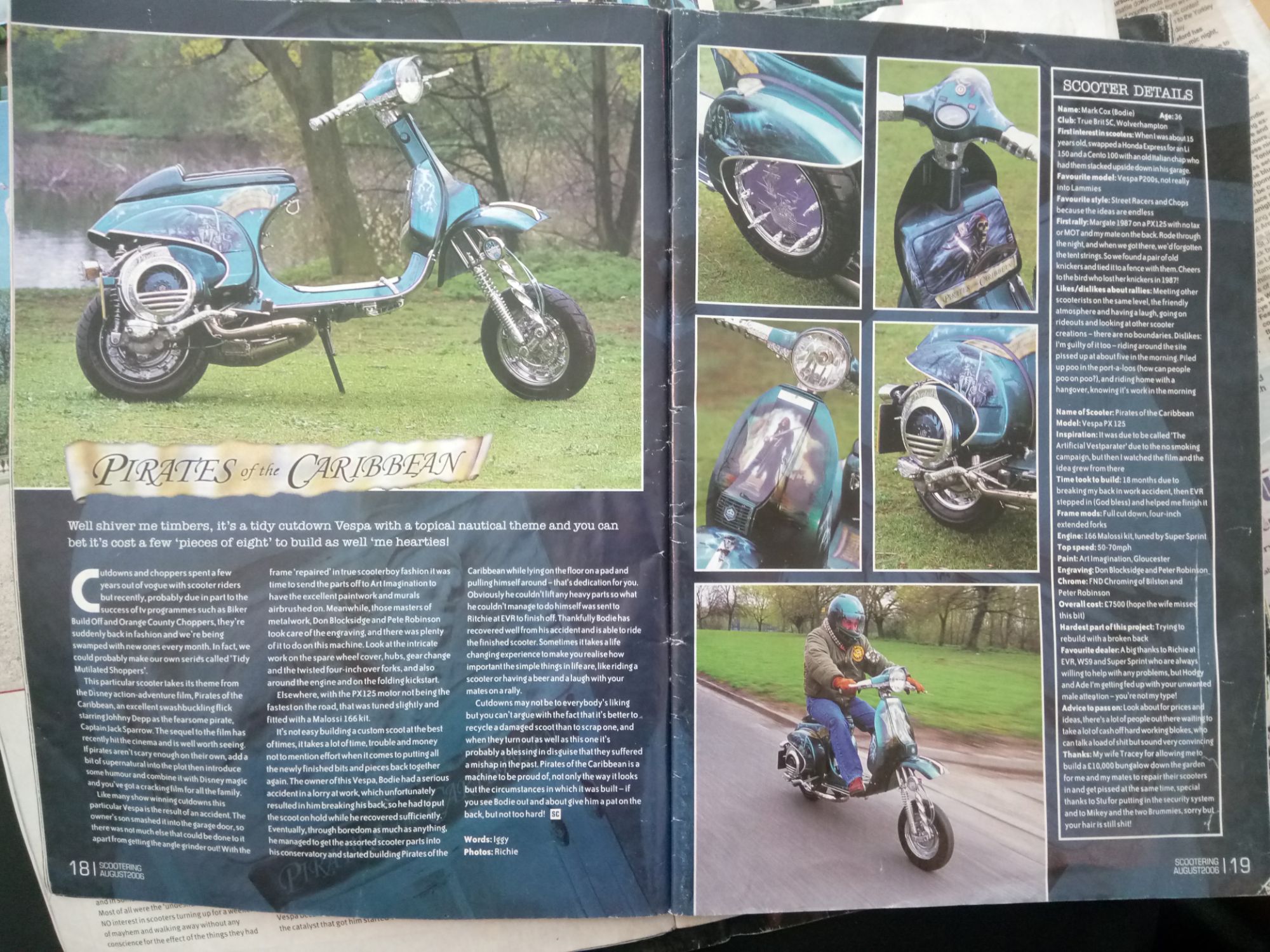 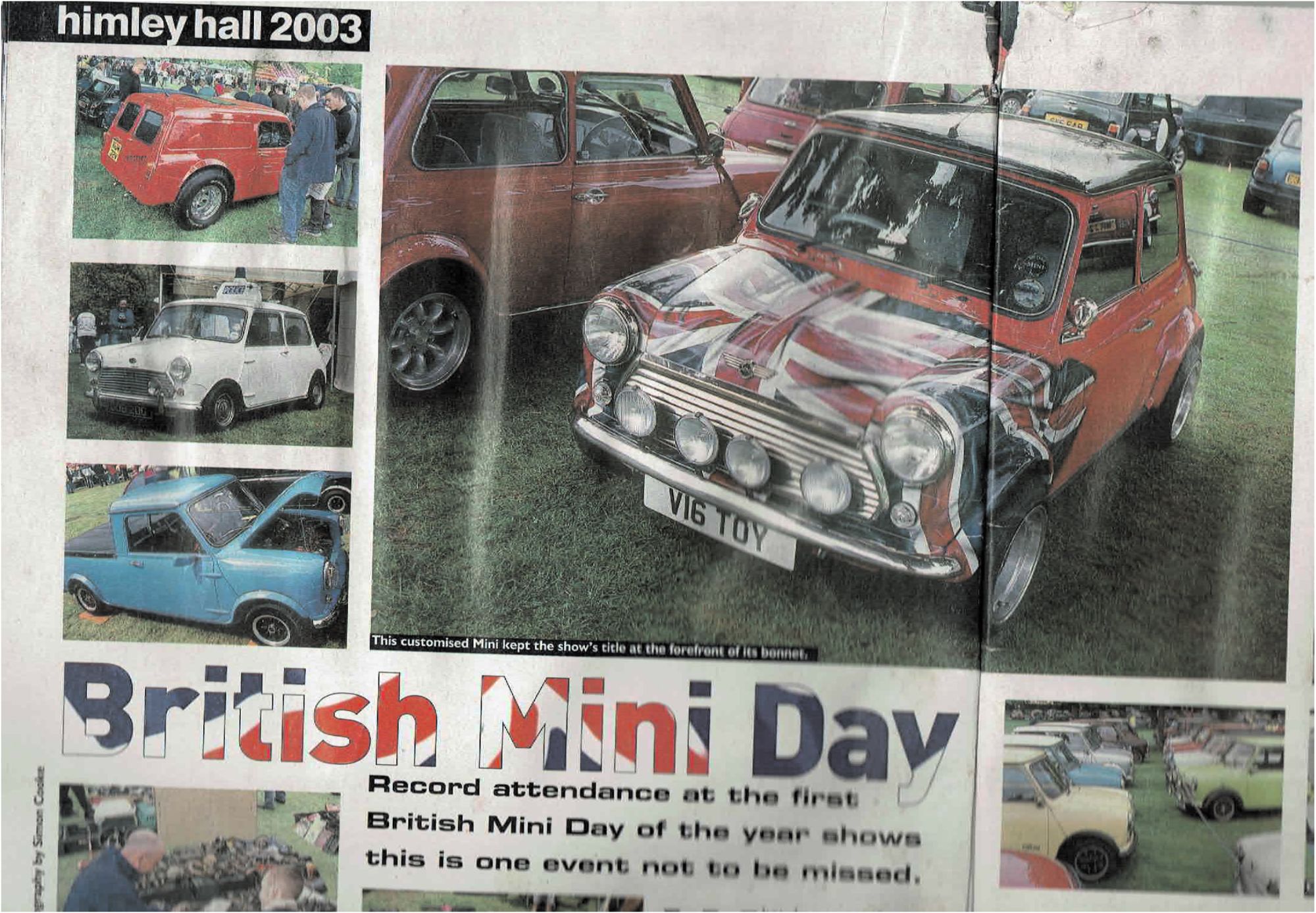 Feature photo showing the Union Jack draped over the bonned,airbrushed on by yours truly. Won just about any trophy available at different car/mini meets for best paintwork between 2003 - 2010.

The car did comeback to us for some repair in 2009 after an altercation with a deer.

Our first exposure to the general public in the media, especially on the back of our first big commission. 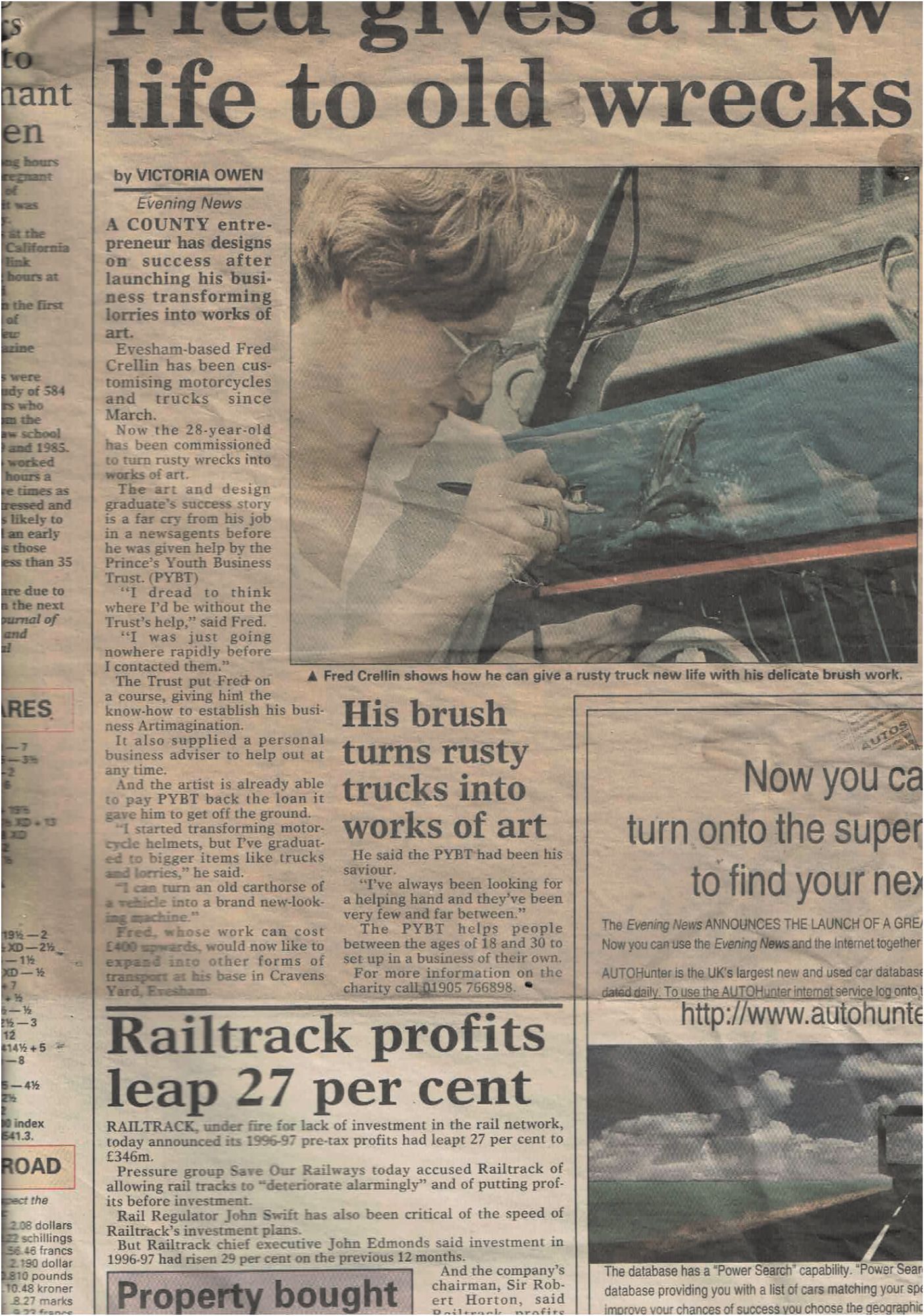 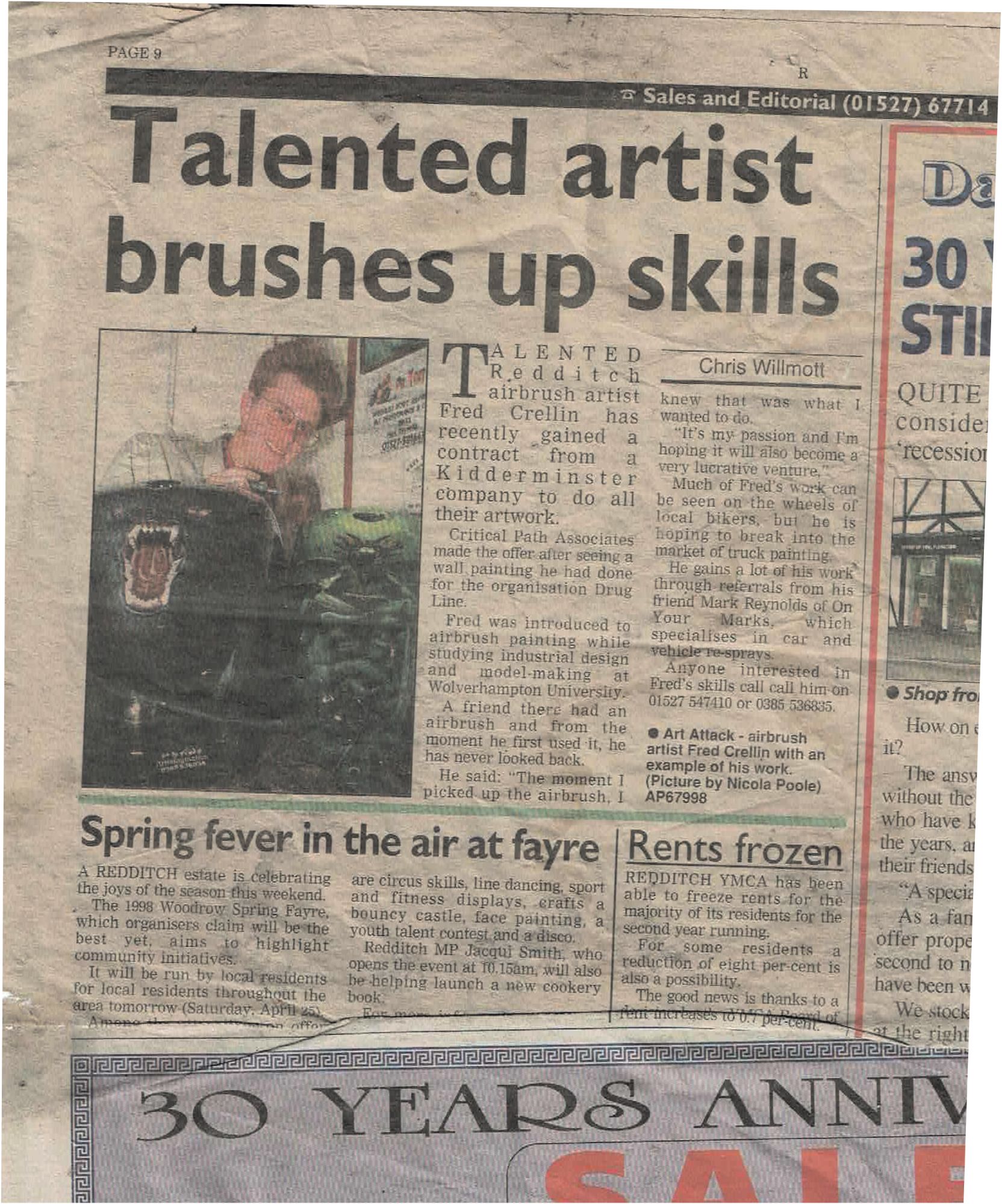 Following a move from Evesham to Redditch early in our journey, a bit of publicity like this never goes amiss.